Dada Sugumal was born on 15th October 1925, in Rohri, Sindh. He was born in the Keswani family where he had 2 elder brothers and 2 sisters. Dada Sugumal and his siblings couldn’t spend much time with their father, since he expired in early years of his life. All the children were taken care by Mother Ammi (Jamnabai Ch. Keswani).

Dada Sugumal Married to Smt. Gauribai in year 1947, few months before the Independence / Partition of India.

During the Independence and partition of India (1947) all migrated to India to different cities.

Dada Sugumal started his own business of electrical goods supply to Mumbai vendors. 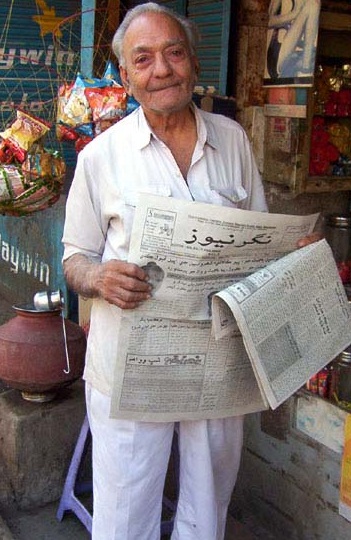 His mornings started with reading of Sindhi Newspapers.